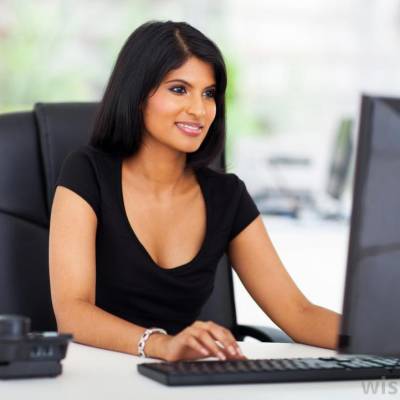 Dear Esteemed Clients, I am a dedicated writer with deep knowledge of written and oral English. I am also an excellent writer with over five years of experience writing technical and non-technical assignments such as exploration papers, term papers, essays, dissertations, thesis, and Research Proposals. Moreover, I am a tutor of Project Management who possesses skills such as SPSS and computer programming. I am a versatile writer; I sub...

Dear Esteemed Clients, I am a dedicated writer with deep knowledge of written and oral English. I am also an excellent writer with over five years of experience writing technical and non-technical assignments such as exploration papers, term papers, essays, dissertations, thesis, and Research Proposals. Moreover, I am a tutor of Project Management who possesses skills such as SPSS and computer programming. I am a versatile writer; I submit papers that are original, grammatically correct, and free of plagiarism. I take a keen eye in following the client's instructions and the rubric and revise any work upon customer request. I look forward to working with you. Thank you.

Ascaris lumbricoides is one of the most common vermifuge human infections globally. It is highly prevalent in regions with inadequate sanitation. According to the World Health Organization (WHO), about ten percent of the developing countries are infected with intestinal worms (http://www.who.dphsi/casedef p. 14). In the U.S, Ascaris is the third most frequent helminthic infection and occurs predominantly in rural areas of southeastern parts of America. lumbricodes is the largest intestinal nematode of human beings. However, the female worms are much larger than the males and can measure up to 8 mm in diameter and 45 cm in length. While the vast majority of intestinal nematode infections cases are asymptomatic, infected persons may present potentially severe gastrointestinal complaints

Ascaris lumbricoides is a parasitic worm that causes an infection known as Ascariasis. Once swallowed up in food, they mature, copulate and lay eggs in the small intestines. The larvae may survive in the gut for one year causing complete bowel obstructions. Its transmission usually occurs through ingestion of food, precisely fruits, and raw vegetables or water contaminated with Ascaris lumbricoides eggs (Tortora, Funke& Case p. 69).

WHO estimates more than 1.5 billion people globally as infected with Ascaris lumbricoides which is 25 percent of the world population. Several characteristics account for this high prevalence such as the high quantity of eggs produced per parasite, ubiquitous distribution and poor socioeconomic conditions that facilitate its spread. Also, we can note that transmission is enhences since an asymptomatically infected person can continue to shed eggs for years, and prior infection does not bestow protective immunity. Though the disease occurs at all stages, is highly prevalent in children between the ages of 2 to 10 (Martin, p. 114).

Ascaris lumbricoides is a genus of parasitic nematode worms that affects human beings and causes the disease known as ascariasis. The infection is globally, but it is most predominant in regions with a warm and wet climate that facilitates year-round transmissions. The virus affects children typically in the ages of 2 to 10. Limiting exposure to roundworms can be done through avoiding unsafe food or water and keeping the immediate environment clean as well. Most cases of the infections are mild and do not cause significant problems. The symptoms of the virus are not readily recognized but become more noticeable when the infestation grows. Mebendazole medication is a recommendation by doctors in the treatment of the disease.

Can I rate her as Amazing?! She's really excellent at what she does she provides progress updates, supportive communication and professionalism. She's keen to details and follows instructions well. Provides above and beyond service, timely and reliable -- she actually spends quality effort on my order. I highly recommend, you won't be disappointed. Ps. Don't judge base on completed orders .... Thank You!

completed order way before the due date, met all the requirements for the order, always been in touch, great language, best writer i had here. will hire again for sure

Good essay writer but doesn't communicate much in the chat. overall, it is good.

Completely assumed that experiment took place in the Arctic, when I was clear it did not.

The work was to much

She is beyond great and super super fast with papers! I always chose her for my nursing paper

Fast turn around and well written!

Attends to your needs

sound great! Thank you so much

The work was completed before time and very well written. Very professional service and easy to deal with, Thank you!